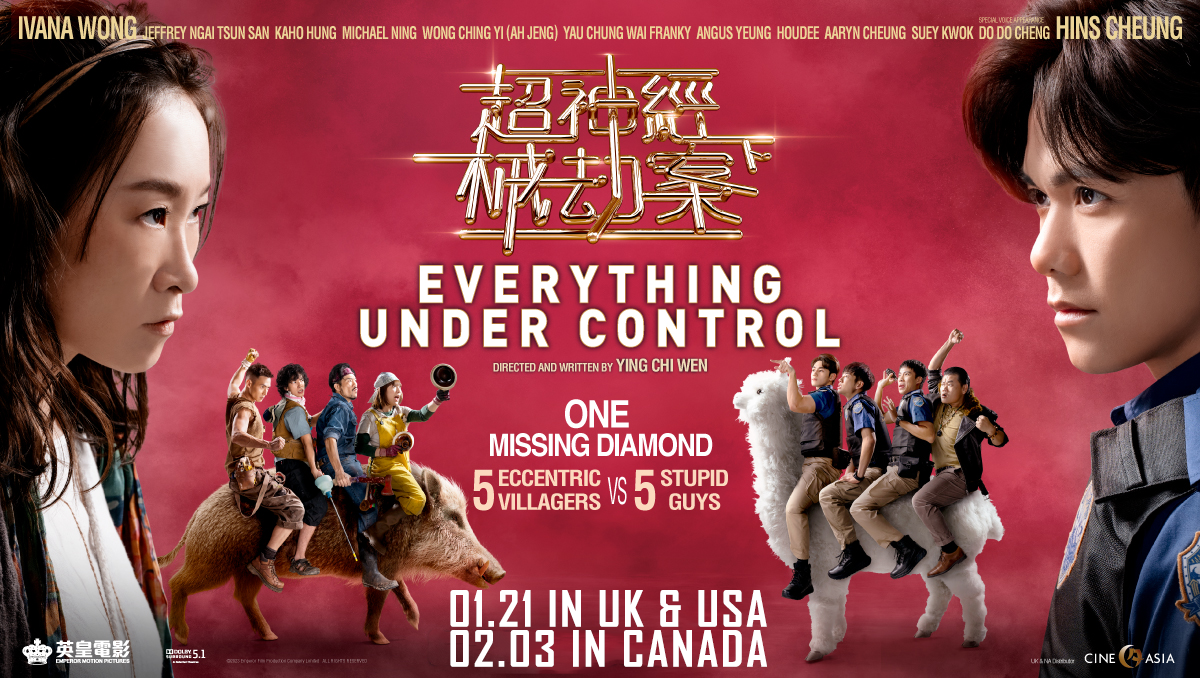 During an epic diamond heist, a notorious thief is betrayed by a rogue agent who escapes alone with the stones. Enraged, he forces two guards to help him track down the mole.

Hilarity ensues whilst, on the hunt, the three find themselves lost in a remote village dodging recalcitrant locals. But things are not quite what they seem there either…

Directed by Ying Chi Wen, Everything Under Control is an incredibly entertaining action comedy.